The Aerus Pure & Clean eliminated 99.96% of airborne SARS-CoV-2 virus within 3 minutes in testing done at
an FDA-compliant military lab.

This test was done using only the ActivePure® Technology cells in the Pure & Clean unit, the same technology that was proven to eliminate 99.98% of SARS-CoV-2 on surfaces
within 7 hours.

In extensive independent lab testing, ActivePure has been proven to
significantly reduce the following contaminants and pathogens: 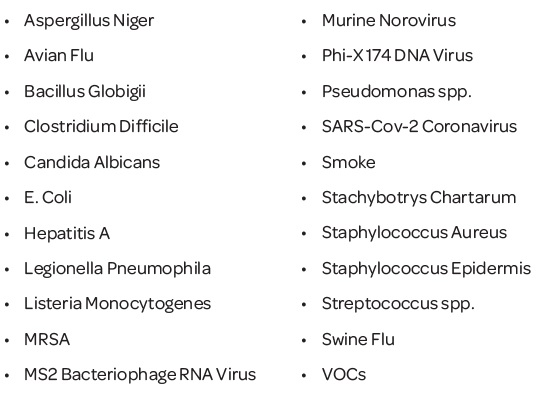 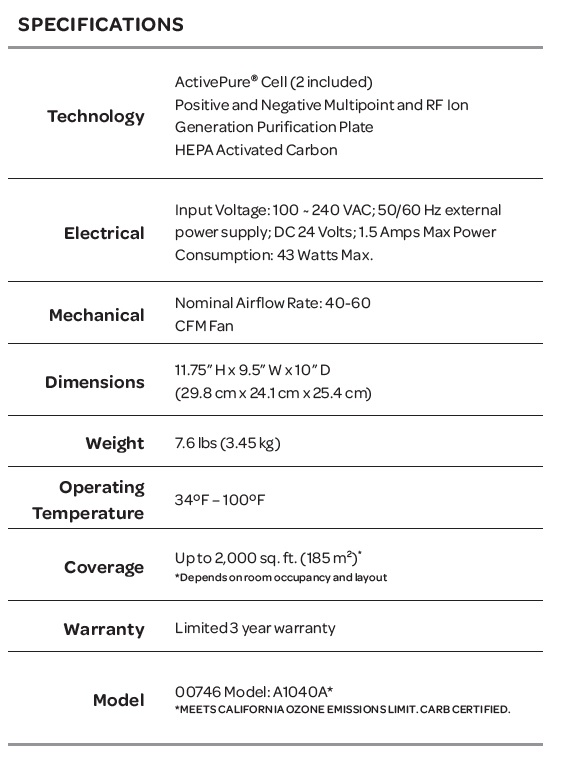